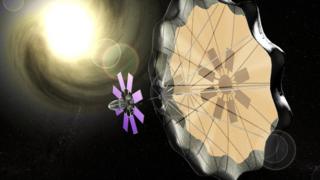 Imagine being able to explore another solar system for the first time.

Scientists are planning to do just that, by sending a spacecraft the size of a mobile phone chip, a distance of 25 trillion miles!

Using today's technology it would take around 30,000 years to get to our closest star.

But they are hoping to cut the journey time to just 30 years with the help of special solar sails and a giant laser here on Earth.

The world's most famous scientist, Professor Stephen Hawking, has shown his support for the project.

If successful, the spacecraft will have travelled further into space than any craft has ever travelled before.

The idea would be to launch a number of mini spacecrafts into the Earth's orbit.

Each one would have a solar sail, similar to that of a sailboat on land, except these solar sails are made from ultra-thin mirrors, and use the Sun's energy to move them forward at very high speeds.

A giant laser based here on Earth would then be fired at the spacecraft, giving them an extra powerful push.

Using today's technology it would take around 30,000 years to get to our closest star.

However, by making a much smaller spacecraft researchers think it could take just 30 years instead!

Satellites and spacecraft used to be huge - but some of the world's best scientists now think it might be possible to build a spacecraft the size of a mobile phone chip, which should be able to manage the trip. 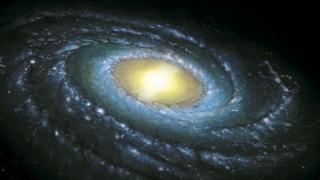 Just how far away is the next solar system?

Our planet, Earth, is one of eight planets in our Solar System which orbits our nearest star - the Sun.

We belong to a galaxy called the Milky Way - made up of at least 100 billion stars, each with their own solar systems.

The nearest solar system to us is more than 25 trillion miles into space.

Voyager 1 is the spacecraft which has so far travelled the furthest into space - it took around 36 years to travel 18 billion miles to the edge of our Solar System. 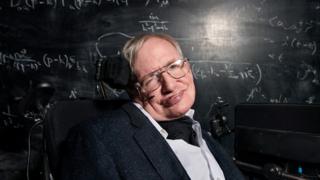 There are lots of problems that scientists must overcome before the first of these special spaceships is built.

However, many of them are hopeful that it might just be possible to send spacecraft to another solar system within the next 30 years.