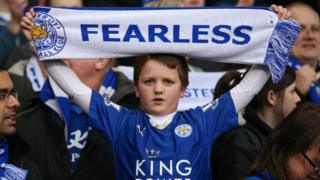 Leicester City have had an incredible turnaround this season as they sit at the top of the Premier League race.

It would have been unthinkable just a year ago when they were right at the bottom of the table.

The Foxes are currently on 77 points - eight points clear with just two games left for them to play.

Can they really do it? We run through the maths to see what Leicester need to do to make sure they bag the trophy.

Leicester need a total of 79 points to lift the trophy

The Foxes need to reach a points total that no other team can catch.

Their nearest rivals are Tottenham. They have 69 points and three games left to play.

So the maximum total Spurs can get is 78 - if they win all their remaining games.

But it also depends on Tottenham's results...

Tottenham are playing Chelsea on Monday 2 May.

If Tottenham lose or draw, then Leicester will become Premier League champions because Tottenham will no longer be able to catch Leicester.

If Tottenham win, then it's still all to play for because Tottenham can still catch Leicester in the title race.

Who are Leicester City facing in their final games? 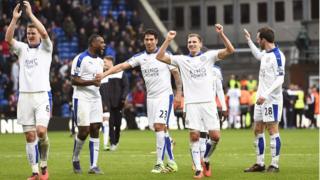 Can any other clubs catch Leicester?

No other clubs can catch Leicester except for Tottenham.