The Voice champion Kevin Simm says winning the talent show has been "life-changing".

He told Newsround: "It's just given me more belief in myself and given me a massive love back for music and singing."

Kevin beat Jolan in the live final on Saturday night and his winner's single All You Good Friends is out now.

"I can't believe this is all happening to me, I've got a single in the charts!"

Simm won the public vote thanks to a solo performance of Rihanna's Stay and his duet of The Killers' Mr Brightside with coach Ricky Wilson.

Kevin impressed the judges and the public from the start, with a powerful performance of Sia's 'Chandelier' in his blind audition.

It's not his first taste of success - the singer first found fame on another reality show called Popstars.

He later joined the band Liberty X, who were popular in the early 2000s. 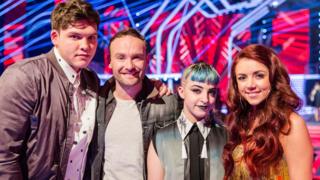 Jolan, Kevin Simm, Cody Frost and Lydia Lucy were the last singers standing in the final 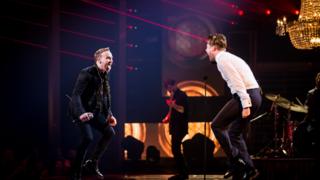 The four finalists each performed a duet with their coach, as well as a new solo song 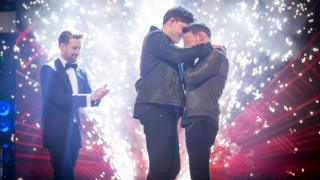 It's the second time in a row that Ricky's mentored the winner - he's the only coach to ever win two series.

Paloma Faith was the only coach who didn't have any acts in the final, after losing both Heather Cameron-Hayes and Jordan Gray in the semi finals.

The Voice 2016 Finalists: what you need to know