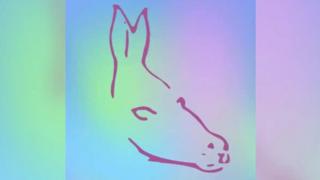 This incredible image above was shared on TikTok with people asked what they could see - a mermaid or a fish.

However, many people on social media said they didn't see either thing - but could see a donkey instead - or even a seal!

So which thing do you see in the image? Mermaid, fish or donkey? Let us know in the comments!

If you fancy checking out even more illusions then keep reading to see the ones below! 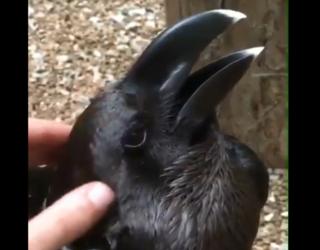 Look closely and tell us - is this a rabbit or a raven? The clip of the mystery animal being stroked was shared on Twitter by Dan Quintana, a Norwegian podcaster, and left a lots of people scratching their heads.

Millions have watched the video which was originally posted by Paige Davis, a trainer at the World Bird Sanctuary. She confirmed that it's a raven!

A white-necked raven called Mischief to be precise. Both Paige and Dan were really shocked at how much attention the post received.

Is the diamond in the video moving when you watch it?

If your answer is yes, then think again. It might appear as if the diamond is following the instructions on screen, but it's actually completely still.

The image and video was made by researchers Oliver Flynn and Arthur Shapiro from the American University in Washington DC.

They used a series of flashing lights behind the diamond to trick the brain. When you watch the video, the flashes confuse the brain into thinking the shape is moving up, down, left and right.

Is it a beach or is it a door? 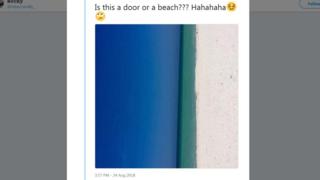 Do you remember the photo that was shared on social media by a woman, who wrote: "Is this a door or a beach???"

And the internet answered with almost 20,000 people leaving comments with their best guess. 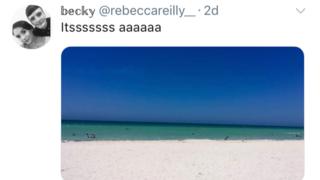 @ rebeccareilly__
Is this photo moving or staying still? 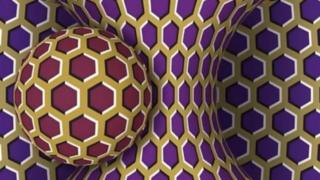 This image was created by a designer called Yurii Perepadia from Ukraine. It was shared on social media by a neuroscientist Alice Proverbio whose job is to look at how the brain works.

What do think of the picture? The image is static but the way it is created tricks your mind into thinking it is moving.

That blue-black or white-gold dress

This dress caused a sensation online in 2015.

When looking at a photo of it, some people see it as gold and white, while others see it as blue and black.

Colours can appear different depending on what kind of light they're in. Something that's blue, for example, can look totally different in sunlight than under streetlights at night time.

But even when it's the same photograph, some people see blue, while others see white.

This optical illusion picture of a cat had lots of people online asking if the cat was moving up or down the stairs.

Because of the way the light falls on the stairs, there aren't many other clues in the picture to help the brain decide whether it's going up or down.

But one clue could be in the moggy's tail...

How many girls do you see? 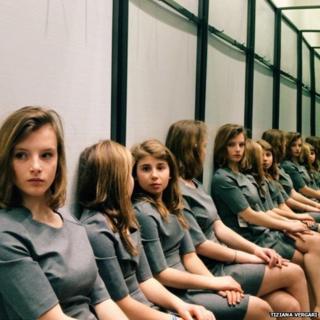 Tiziana Vergari
How many girls do you see?

This image which was posted to social media has left people baffled. It was posted with the caption "same but different".

People find it really hard to tell how many girls are actually featured in the picture.

When asked about the photo, the person who shared it would only say that they have two daughters.

204 comments
Back to top
unknown