We want your questions for Mowgli from the Jungle Book film 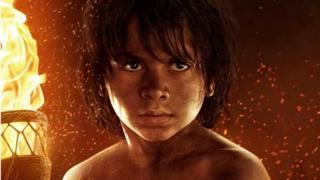 Ever wanted to ask your questions to a film star? Well here's your chance!

Newsround will be speaking to Neel Sethi, the young star of the new Jungle Book film - and we want your questions.

Although he's never acted before, Neel was picked for the role after auditioning alongside hundreds of children from the United States, Britain, New Zealand and Canada.

The film is based on the book by British author Rudyard Kipling, about an orphan who's raised by animals in the Indian jungle.

Thank you for your questions. This chat page is now closed.

How big was King Louis in real life? Do you have a picture of you with him?

How happy did you feel when you got to act as Mowgli?

What is your favourite part of the movie?

What was your reaction when you found out you got the part for Mowgli?

How old were you when you started filming. Did you enjoy filming? And where did you start acting?

How did you get into acting? And how many hours per week do you do it for?

How did you get chosen and what did you do to get the directors impressed?

What was the most amazing thing about filming the new Jungle Book film?

Where do you see yourself in 10 years?

Was being a movie star your first choice of job?

How did your acting career start?

If you could bring any character from the movie to life which one would it be?

What's it like acting when the other characters are animated?

Before you started the movie were you really frightened to go on camera?

Who inspired you to become an actor?

Was it scary the first time you started filming for real?

How does it feel to make the jungle book movie?

Do you think this film will be as big as the original?

How do the children at your school feel about you being a film star?