Panama: What you need to know

Everyone is supposed to pay their fair share of tax - that's money which pays for things the government runs like schools, hospitals, the army and even roads.

Now, secret details of how many people around the world have been avoiding paying tax have been made public.

Some say it shows that powerful people are not paying their fair share. 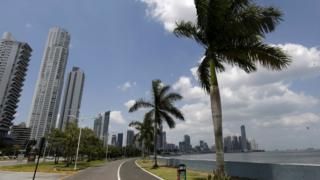 Reuters
Panama is a small country in Central America where a company was being paid to look after the money of some powerful people.

The secrets were leaked from a company based in a small country called Panama.

The company was paid to look after the money of some powerful people.

Now that the secrets are out, it means questions are being asked.

People want to know where the money they look after comes from, who owns it and if paying tax on the money has been avoided on purpose.

How is Britain affected? 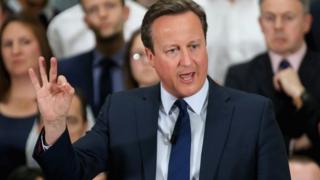 The row has affected the Prime Minister David Cameron, because his father was involved in plans to pay less tax.

David Cameron said that he doesn't have anything to do with these types of plans to avoid paying tax.

But he has now admitted that he did own part of one of his father's companies in the past.

This company is one of the organisations that people are arguing over.

David Cameron said that he gave up being part of the company before he became Prime Minister and that he paid all the taxes he should.

But the Labour Party say that he should give more details about where his family's money comes from. 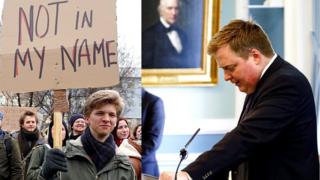 AP, EPA
People in Iceland have been protesting (left) because their Prime Minister Sigmundur David Gunnlaugsson (right) was connected to the row.

The row is complicated and a lot of people from different countries are involved.

The people of Iceland are angry with the Prime Minister of their country, Sigmundur David Gunnlaugsson, because he has been connected to the row.

He has had to leave his job running the country and there have been protests on the streets of the capital of Iceland, Reykjavik.

As more details are revealed, more tough questions could be asked.

Questions about how to stop people from avoiding paying their fair share of tax, and make sure the things we all use, like schools, hospitals and roads, are paid for fairly.