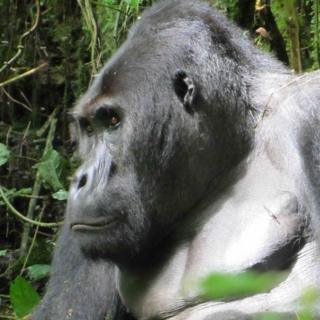 Numbers of the world's largest type of gorilla, the Grauer's gorilla, have fallen dramatically.

The gorilla is now considered "critically endangered" which means they might soon be totally wiped out.

Where do they live?

The gorilla lives in the eastern part of the Democratic Republic of Congo, in central Africa.

War in the the Democratic Republic of Congo has affected the number of Grauer's gorillas living there.

The forests where they live are being destroyed because of the fighting.

They have also been illegally hunted for their meat because in some areas there is not enough food to eat.