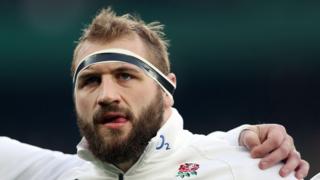 He was also fined £20,000 for making the comment, which happened during England's 25-21 Six Nations win against Wales last month.

World Rugby, who are responsible for the rules of the sport, decided to ban Marler for two matches after an investigation - even though the Six Nations decided not to punish him at the time.

Verbal abuse of a player, based on where they come from, is not allowed according to the rules of rugby.

Marler has apologised for the comments saying: "I'm not a racist. What I said to Samson was out of order and wrong and I am sorry it was said, we shook hands at the end of the game and looked to move on."