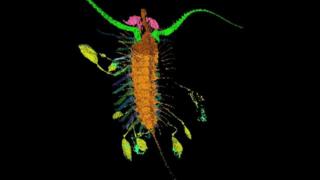 A fossil of a 430 million-year-old sea creature has been reconstructed by experts to show how it dragged its offspring around on strings like kites.

This bizarre behaviour is not seen anywhere else in the animal kingdom.

The palaeontologists who discovered it have called the fossil, the "kite runner".

Ten capsules tied to its back appear to contain the creature's young, all at different stages of development. 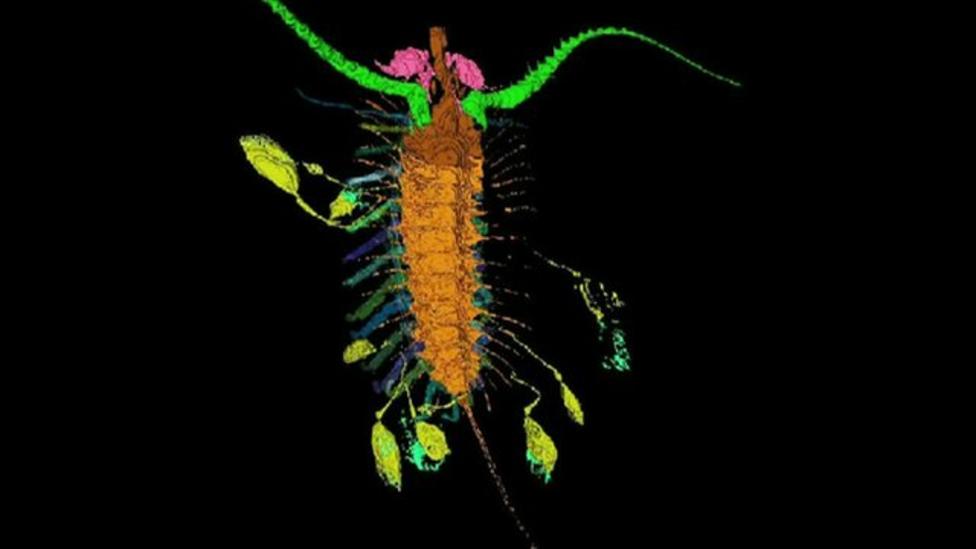