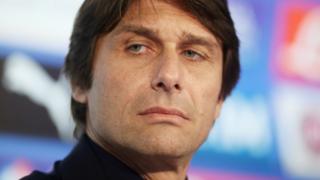 Chelsea have announced that Antonio Conte will take charge of Chelsea this summer on a three year deal.

The 46 year-old Italian will join up with the London club after completing his role as Italy coach at the European Championships in France.

Guus Hiddink, who replaced Jose Mourinho, will remain in charge of the Blues until the end of the season.

Chelsea are currently 10th in the Premier League and will not feature in Europe next season.

Conte is a former Italy midfielder who made more than 400 appearances for Juventus, winning five league titles and a Champions League.

He will be the fifth Italian in charge at Stamford Bridge.

Chelsea knocked out of the Champions League last 16