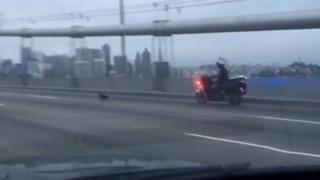 Chihuahua in custody after police chase

This little Chihuahua was trailed by a patrol officer on a motorbike across California's Bay Bridge in the US.

The California Highway Patrol tweeted the small black dog "led us on quite a chase'" on Sunday and posted a video of it.

The runaway pup was eventually rescued and taken to a nearby animal shelter to recover from his adventure.

The pooch has been nicknamed 'Ponch', named after a California Highway Patrol character from a famous cop TV series from the late 1970's.

Watch him give the cops the run around. 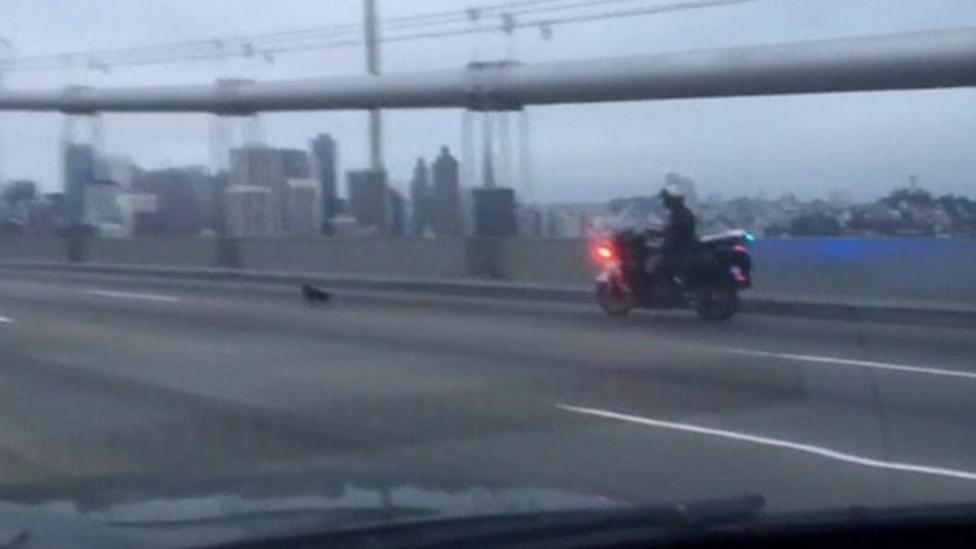 Chihuahua in custody after police chase