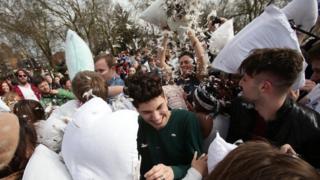 Thousands of people armed with pillows have taken part in a giant feathery fight.

Feathers flew in London, Hong Kong, New York, Amsterdam and Copenhagen, as well as lots of other places.

Some people were dressed up as famous cartoon characters and celebrities, and others wore their pyjamas.

The event takes place every year and was started in 2005 by two students at the University of Toronto.

As crazy as the fight may appear to be, it has strict rules. The friendly fighters can only use fluffy pillows, they need have to take their pillow home and they can't hit anyone without a pillow or a holding camera. 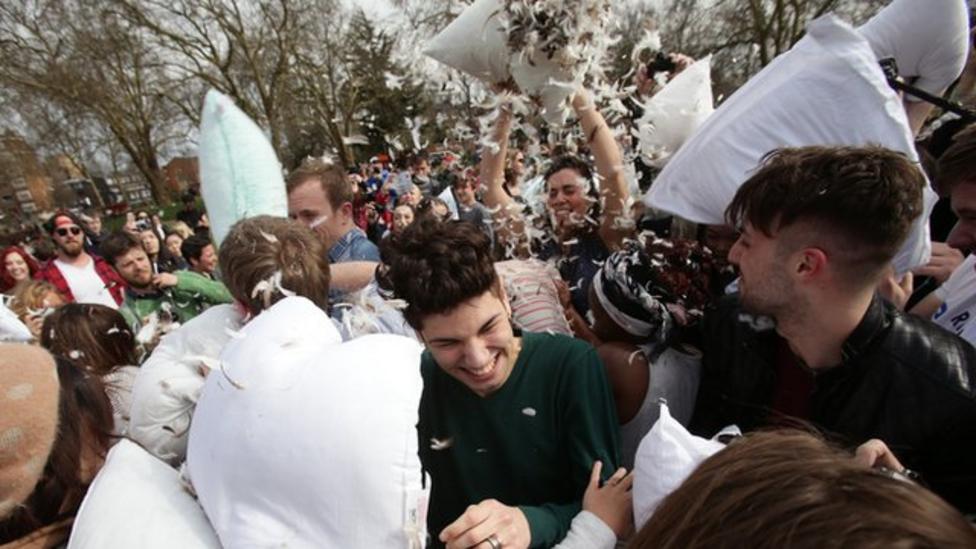