Number of wild tigers could treble 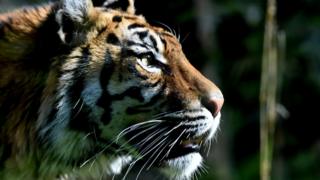 The number of tigers living in the wild could rise in the next twenty years.

At the moment there are only around three-thousand wild tigers living in Asia.

Now experts say that number could treble if action is taken to protect their habitats. 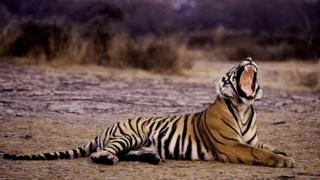 Tiger populations have been affected by hunting, poaching and the loss of their habitats, to make way for roads, railways and towns.

Four of the sub-species of tigers are thought to be endangered and two are listed as 'critically' threatened. 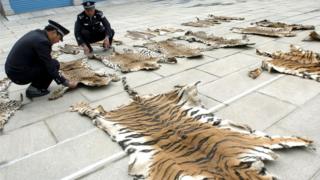 Getty Images
Tigers are poached for their skin, which some people use as decoration or rugs

But experts in the US say the population could grow.

A team at the University of Minnesota in the US have studied satellite images of places where tigers live, like forests.

The technology has helped identify specifically where tigers are losing their habitat.

They say that if the animals are given special 'corridors' or areas to make their territory bigger, the numbers could treble.

"The global population could approach a trebling in the next two decades." he added.