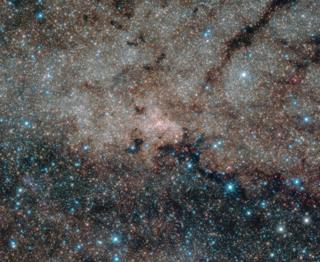 The Hubble Space Telescope has looked deep into the centre of the Milky Way and captured pictures of more than half a million stars.

This image shows the Milky Way's 'nuclear star cluster', the biggest in our galaxy.

The spectacular sight is 27,000 light-years away from Earth.

Pictures: Our universe captured by Hubble 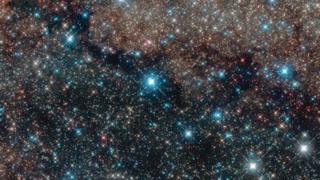 The Hubble Telescope has been in orbit for over 25 years and has changed what we know about the Universe.

It's infrared technology allows astronomers to peer through the dust which normally blocks the view of this beautiful area.

At the centre of this star cluster is the Milky Way's gigantic black hole.

A black hole is thought to be an object with a pull of gravity so strong that even light can't escape it.

Experts say this black hole is about four million times the mass of our sun.

Scientists have been studying these stars for more than four years and hope they'll soon be able to find out how the star cluster was formed.