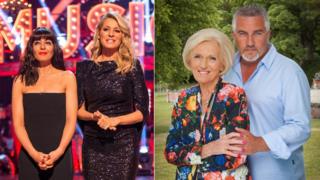 Ready, steady, Bafta? The Great British Bake Off is up for the same Bafta TV award for the fifth year in a row.

The hit BBC show is also up for the Radio Times audience award, a prize to be decided by public vote.

The awards show will be held on 8 May and hosted by Graham Norton. 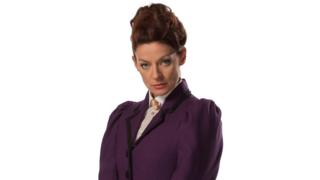 Michelle Gomez, who plays Doctor Who's Missy, is up for best supporting actress

The team behind Stargazing Live's Tim Peake Special, which includes Newsround's Leah Boleto, gets a nod for the best live event programme. It will be competing against the BBC's Big Blue Live, The Sound of Music Live! and The Vote.

Other nominees include actress Michelle Gomez, who gets a supporting actress nomination for her role as Missy in Doctor Who.

ITV's I'm a Celebrity... Get Me Out of Here! is in the running for the reality and constructed factual award. 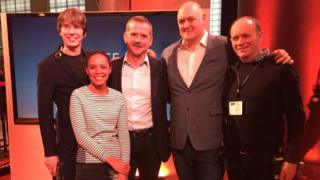 Stargazing Live's Tim Peake Special is up best live event programme - Newsround's Leah was a reporter on the programme!

Coronation Street, EastEnders, Emmerdale and Holby City will battle it out in the soap and continuing drama category.

Corrie has won it for the past two years.