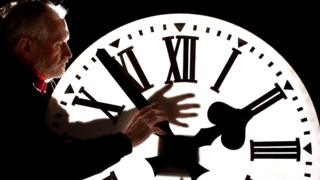 At 1am on Easter Sunday, the clocks moved forward by one hour, marking the start of British Summer Time.

During that time, we move our clocks forward by an hour - so, if you normally get up at 8am, it will feel like 7am.

The change is called 'daylight saving', and the idea is to make the most of natural daylight, by arranging for the hours of the day when we do the most things to happen when it's light.

Starting the day earlier means that mornings are darker, but it stays light for longer in the evenings.

The aim was to save fuel, and give people more time to work in the fields.

Now, some people think that we should have British Summer Time all year round.

What will you do with an extra hour?

Clocks go back one hour