Baby gorilla 'teething and giggling' and needs a name

A baby gorilla who was born in a rare caesarean section operation at Bristol Zoo six weeks ago, is "teething and has even giggled", and now keepers are asking the public to help choose her name

The Western lowland gorilla was delivered by doctors who normally deliver human babies after her mum became ill.

Now, she's being hand-reared by zookeepers while her real mum gets better. 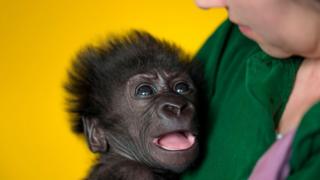 Keepers are asking the public to choose the baby's name from a choice of three:

Lynsey Bugg, who works at the zoo, said that the baby has almost doubled in weight since being born.

She said: "Her arm muscles are becoming more defined, her grip is stronger and she is increasingly alert and attentive.

"She might be small but she is already showing an assertive side to her personality and grunts and coughs at us if we don't give her her milk quickly enough."

She says that gorillas developed "in similar ways to human babies", but are quicker to do things like starting teething and moving around. 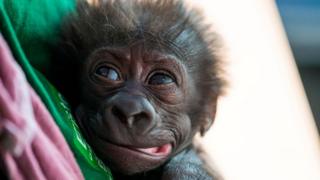 Bristol Zoo
The gorilla was born on 12 February 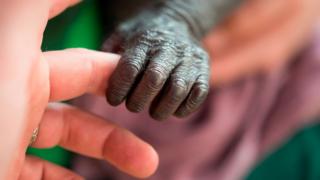 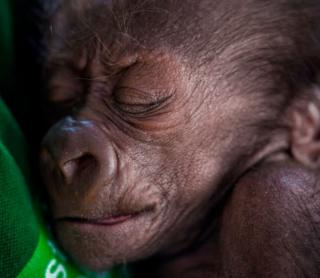 Bristol Zoo
The baby spends all day in the gorilla house so she becomes used to the sounds, smells and sights of other gorillas