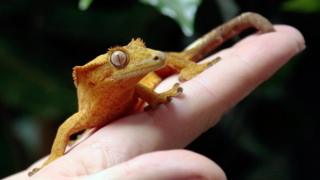 Experimental material inspired by gecko lizards was part of the cargo of an unmanned rocket that blasted off from Florida, USA on Tuesday, carrying supplies to the International Space Station.

Geckos are small lizards that are known for their ability to stick to surfaces - even climbing up straight walls without falling.

That's thanks to lots of tiny hairs on their feet which give them great grip. 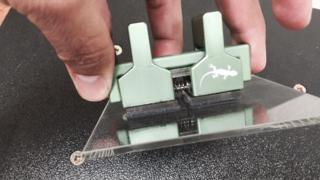 Scientists have copied the way geckos grip by creating man-made 'Gecko Grippers'. This will be put on the hands and feet of robots, so that they can move along the outside of spacecraft to carry out repairs. 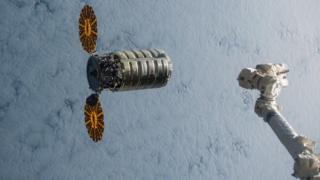 NASA
A cargo ship docks with the ISS in December 2015

The cargo ship, called 'Cygnus', is expected to reach the ISS on Saturday, where it will dock with the help of the station's electronic arms.

It's carrying 3.6 tonnes of supplies in total - about half the weight of an elephant.

As well as the Gecko Grippers and other materials for scientific experiments, it's also bringing food, water and clothes for the six crew members onboard the space station.

Cygnus will stay docked at the ISS until May, when it will be loaded with rubbish and then set on fire (a safe distance away from the station!) so that scientists can see how big flames behave in space.

Tiny robots that can carry 2,000 times their own weight

Man can climb like Spiderman with new gecko technology

The gecko found in a pack of Christmas dinner broccoli