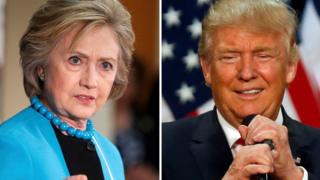 Reuters
Hillary Clinton (left) and Donald Trump are trying to become the next President of the United States of America - but who will win?

Every four years, people in the United States vote for who they want to be their president.

The person they choose will make decisions about how the US is run and how it works with other countries.

The process to pick a new president is a long one starting in February before building up to election day in November 2016.

Here is Newsround's guide to who may be the next president of the United States. 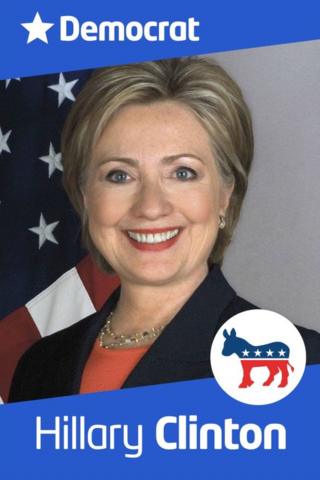 Former US Secretary of State, who is the president's top adviser on how the US works with other countries.

She was the First Lady of the United States for eight years, while her husband, Bill Clinton, was the president from 1993 to 2001.

She's 68 and was born in Chicago, Illinois.

Married to former US president Bill Clinton. They have one daughter, Chelsea, and one granddaughter, Charlotte.

During her four years as Secretary of State, Mrs Clinton visited 112 countries - more than anyone else before her.

She used her position to highlight women's rights and human rights.

She ran for president in 2008 but lost in her party's nomination race to Barack Obama.

While serving as Secretary of State, Clinton used a personal e-mail address to carry out work, which reportedly left sensitive information open to cyber attack.

Clinton was a Brownie and a Girl Scout during her childhood.

She also packs a small bottle of Tabasco hot sauce whenever she is travelling on the road.

Find out more about Hillary Clinton. 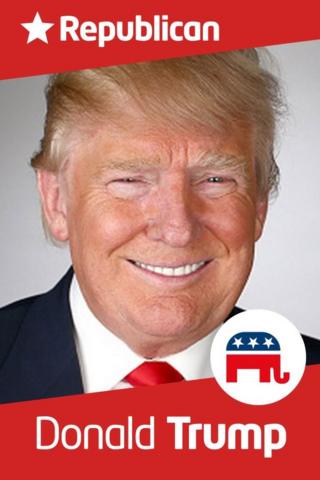 One of America's most famous businessmen, who is worth more than £3 billion, according to Forbes magazine.

Trump also starred on the American reality shows 'The Apprentice' and 'Celebrity Apprentice'. He's 69 and was born in Queens, New York.

He's married to Melania, his third wife, and they have a son called Barron. Trump also has four children from previous marriages called Donald Junior, Ivanka, Eric, and Tiffany.

He leads a successful company that builds hotels, casinos and other property around the world.

Even though he has no previous political experience, Trump was the favourite to become the Republican party's pick for president after winning lots of support from voters.

Trump has upset many people with his controversial ideas and views. He wants to ban Muslims from coming into the US.

He's also keen to build a wall between America and Mexico to keep out illegal immigrants.

Trump was a star baseball player at New York Military Academy when he was a teenager.

He has written 16 books to help people learn how to think like a billionaire.