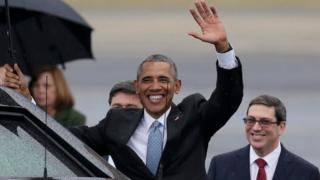 President Obama has arrived in Cuba, an island in the Caribbean, for an historic three day visit.

Even though Cuba is less than 100 miles away from the US, the two counties fell out in 1959, and no American president has visited since then.

The fall out was because two brothers called Fidel and Raul Castro took power in a revolution.

America did not agree with how they ran the country.

Since being president, Obama has tried to make America's relationship with Cuba more friendly, and in 2015 he re-opened the US embassy which was closed 54 years earlier. 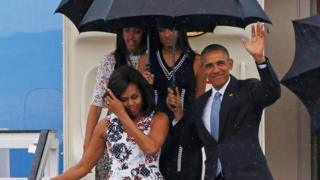 Reuters
The whole Obama family arrived for the visit, including the president's daughters, Sasha and Malia. 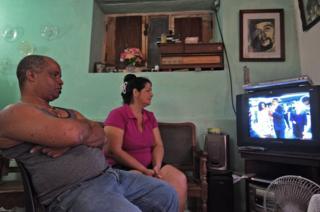 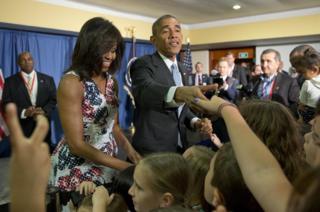 AP
Two hours after landing, Mr Obama met staff from the US embassy, saying "It is wonderful to be here." 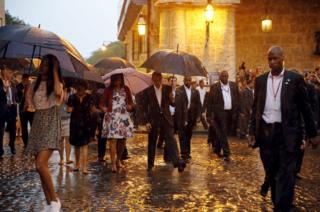 Reuters
Later on, the family went for a slightly wet walk around the capital city, Havana. 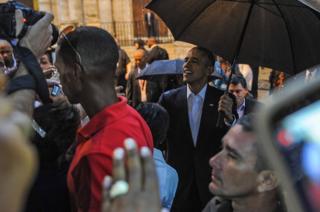 AFP
They huddled under umbrellas as they went to visit the national cathedral. 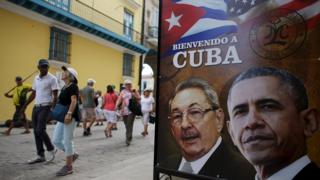 Reuters
Mr Obama will meet President Raul Castro who took power with his brother Fidel in 1954, starting the big fall-out with America. 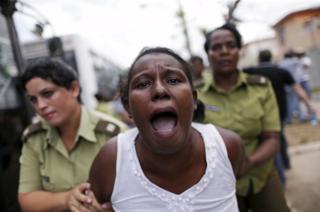 Reuters
But not everyone is happy about the new friendship - some people think that Cuba's government treats people badly. Just before Obama arrived, protestors asking for political prisoners to be released were taken away by police.

US re-opens embassy in Cuba after 54 years