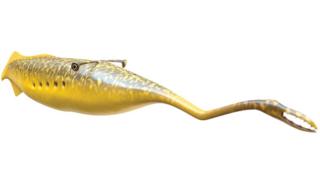 Scientists in America have solved the mystery of the Tully Monster that's baffled them for nearly 60 years.

Fossil specimens of the sea beast, that lived more than 307 million years ago, were uncovered in Illinois, USA.

But until now scientists had no idea what kind of creature it was.

A new study using lots of modern techniques to look at the fossils has shown what the Tully Monster would have been like. 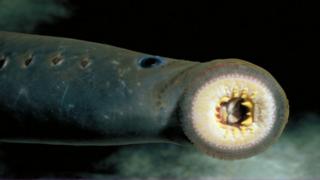 Science Photo Library
The Tully Monster is thought to be an early ancestor of the lamprey.

It had gills, a crane-like neck, tooth-filled jaws and eyes mounted at either end of a bar across the middle of its back. As it had big eyes and lots of teeth, it was thought to have been a predator.

Every specimen of the Tully Monster has been found in the Mazon Creek region in Illinois. When the creature was alive, the area was a swampy shoreline bordering a tropical sea.

But there are still a lot of unanswered questions - no-one knows when the Tully Monster first appeared on Earth, when it disappeared, where else it might have made its home or how it lived.