US First Lady Michelle Obama has released a new charity single with the help of some famous female singers.

This Is For My Girls was written by song-writer Diane Warren, and features artists like Kelly Clarkson, Missy Elliott, Zendaya and Jadagrace.

The money raised by the single will go to the Let Girls Learn charity, which aims to encourage girls around the world to get an education. 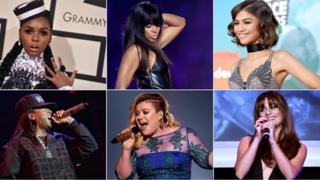 Instead of accepting payment for their performance, all of the artists decided to let their money go to the charity instead.

Michelle Obama will be giving a talk about education at the SXSW festival later today.

Guide: Who is the US First Lady Michelle Obama?