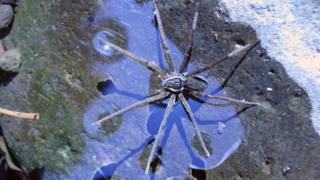 Australia's most newly-discovered spider surfs, swims and can catch prey up to three times its own size.

The spider was revealed at the World Science Festival in Australia, and was given the name 'Brian', after a famous scientist called Professor Brian Greene. 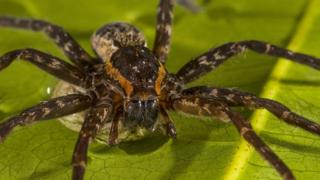 Queensland Museum
This female 'Brian' is sitting on its egg sack, full of babies

The spider can be found in Queensland, Australia, and eats fish, frogs, tadpoles, and even big cane toads, but luckily isn't dangerous to humans.

Brian catches its prey by sitting on the surface of water, and feeling vibrations caused by the creatures it wants to hunt.

When it feels a vibration, it runs across the water to grab its prey.

It then dives under the water with it, before swimming back to shore to eat it up.