These may not look like your typical robots but these figures, which are more than two hundred years old, were programmed to carry out complex tasks.

The clockwork figures known as automata were made between 1768 and 1774 and still work today.

They can write, draw pictures and even play music.

They were made from parts used in watches at the time by Swiss watchmaker Henri-Louis Jaquet-Droz and his family. 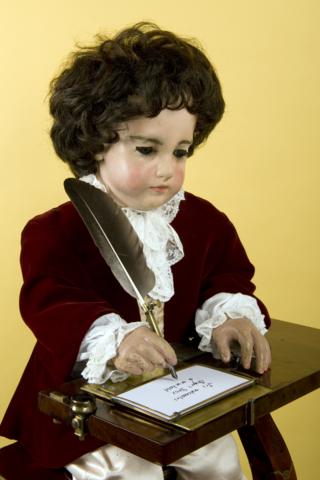 Musée d’art et d’histoire, Neuchâtel
The figures are still working. The boy dips the quill in an inkwell and shakes off the extra ink before writing on the paper. 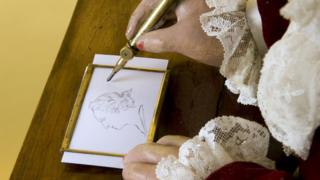 Musée d’art et d’histoire, Neuchâtel
This robot was programmed to draw four pictures including a dog, cupid and the French royal family of the time. 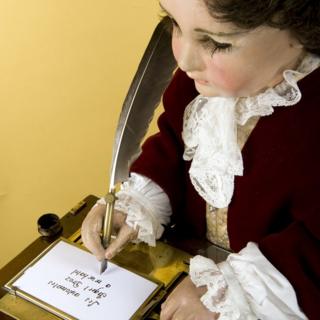 Musée d’art et d’histoire, Neuchâtel
This robot can write words of up to 40 letters. He is made of 6,000 pieces. 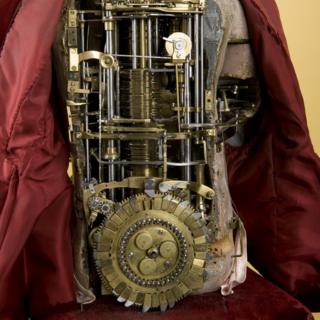 Musée d’art et d’histoire, Neuchâtel
They are controlled by delicate system of cogs similar to those used in clockwork watches.

Originally they were created to show off the skill of the watchmakers.

They are made to be very lifelike so they appear to breathe, their eyes look at what they're doing and the woman robot moves in time to music she is playing.

Now they are on display at the Museum of Art History in Neuchâtel, Switzerland.