Atlas the giant rabbit gets a new home 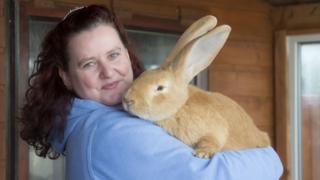 A giant rabbit who became famous after an appeal by the Scottish SPCA has found a new home.

The animal rescue centre took in the rabbit, named Atlas, when his original owner could no longer look after him.

But Atlas is no ordinary rabbit - even though he's still young, he's already the size of a small dog, and could grow even bigger. 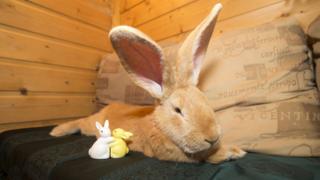 Hundreds of people applied to look after the giant bunny. There were even offers from America, Canada and France.

"It was great there was so much interest in Atlas but we decided to find him a home here in Scotland to avoid a long journey as rabbits are very susceptible to stress." 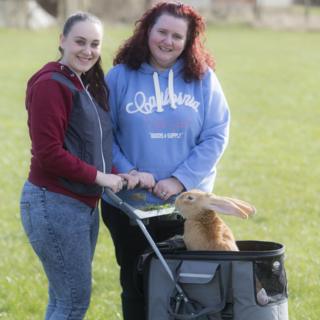 Atlas's new owner, from North Ayrshire in Scotland, has lots of experience looking after rabbits.

She said: "Animals are just pets to some people but my rabbits are family members."

Counting the UK's rabbits and hares