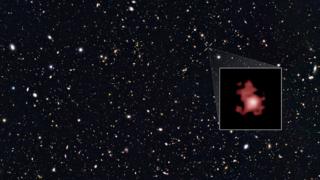 The Hubble space telescope has spotted a galaxy that's further away than any before.

It's the furthest thing that humans have ever been able to see.

The galaxy is so far away that the light from it has taken over 13 billion years to reach us.

That means the telescope is seeing the galaxy as it was just 400 million years after the universe was created. 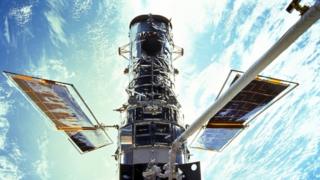 AP
The Hubble Telescope is a very strong space telescope that orbits the earth.

Scientists were able to work out how far away it was by splitting up the light from the galaxy into the colours that its made up of.

Since the universe is expanding, objects that are very far away give off light from the red part of the colour spectrum.

Spacewalk Hall of Fame: Best photos from the last 50 years

Astronaut Tim Peake gets into his spacesuit