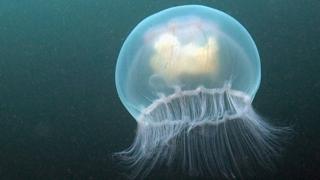 A Chinese scientist has discovered that a type of jellyfish can come back to life after it dies.

The discovery was made by Jinru He, a student in marine biology in China.

Several years ago, he picked up a baby moon jellyfish from the sea, and kept it until it was fully grown.

When the jellyfish died, he put its body into a new tank. Three months later, a polyp, or baby jellyfish, appeared on its back.

They also found that the tissues from adult jellyfish can regenerate to become baby jellyfish again.

Scientists are hoping that studying how the moon jellyfish regenerates could help them work out ways to cure diseases in humans.