Is it snowing where you live?

Parts of the UK could get almost four inches of snow this morning.

The biggest snowfall of 3.9 inches is predicted in the Peak District.

Weather warnings have been issued for Northern Ireland, north Wales northern and western England and Scotland.

Thanks for your comments. This chat is now closed. 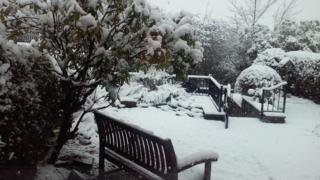 We've already had loads of snow and school is off so we are going sledging later!!! 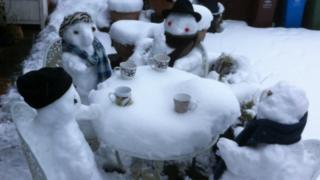 I have just made this, thought it might cheer people up.

Its not snowing but the weather is still awful. It has been raining cats and dogs all day! Break time was soggy, lunchtime was not much better. The bottom of our yard has flooded! We would have preferred snow! We can't build a rain man but we want to build a snowman! 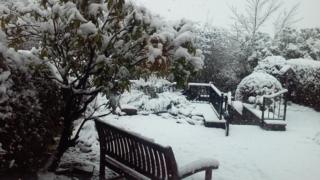 We've already had loads of snow and school is off so we are going sledging later! 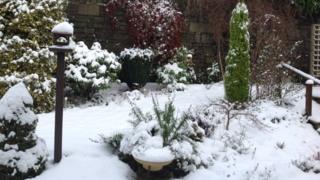 This snowy garden picture was taken by Niamh in Bacup, Lancashire. 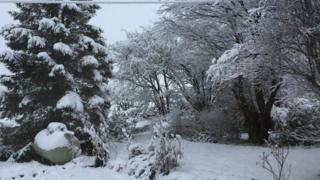 This is the view from my window. My school is closed and I will be going to play in snow later. 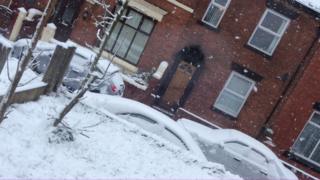 It is snowing where I live. 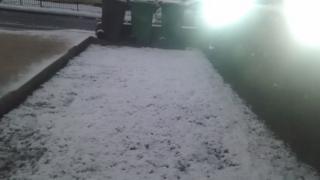 Here is the snow in Huddersfield. 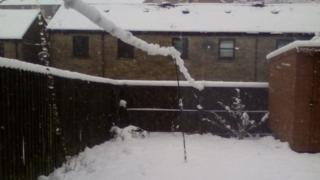 Yes we have lots of snow about 4 inches. 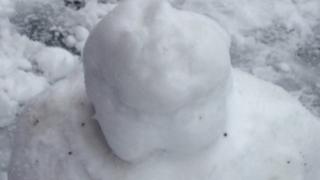 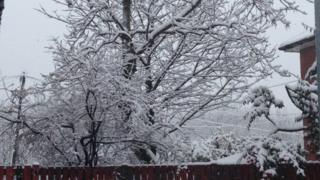 Very excited about the snow! I live near the Pennines and it's snowing heavily so no school Yay!