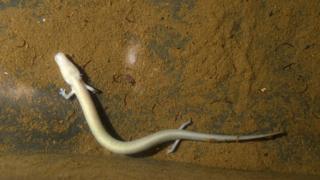 Science Photo Library
In Slovenian, olms are also called "human fish" because of their pale skin

A strange and rare 'dragon-like' creature called an olm has laid eggs in a cave in Slovenia in Eastern Europe visited by a million tourists every year.

Olms are blind salamanders, a type of amphibian, and live in caves. They're thought to live for more than 100 years but reproduce just once or twice every ten years.

Scientists are excited because a female olm in the Postojna Cave has laid 50-60 eggs - and three of them are now showing signs of growth.

It takes eggs around 120 days to hatch and nobody knows how many of them will survive. 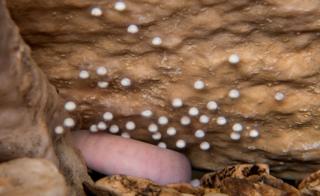 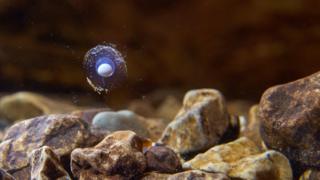 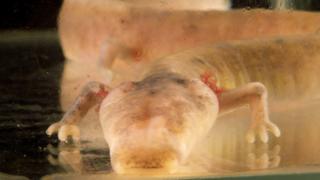 Science Photo Library
Olms have skin-covered, sightless eyes and gills that stick out of their sides

How to draw a dragon and other top tips