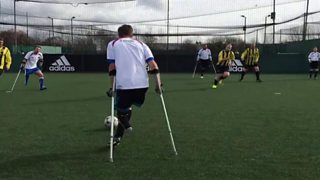 Pompey Amputees score an amazing goal in the Adult disability category of the FA People's Cup against Swanscombe Tigers.

More than 400 teams took part in the FA People's Cup regional semi-finals, with teams competing across nine categories, at eight venues, with the top sides moving a step closer to Wembley glory.

The winners progress to the Grand Final in Sheffield, England, on 20 March with the hope of winning FA Cup final tickets.

Watch a special highlights programme featuring the best of the semi-final action and stories on the red button on Saturday, 5 March at 1pm. 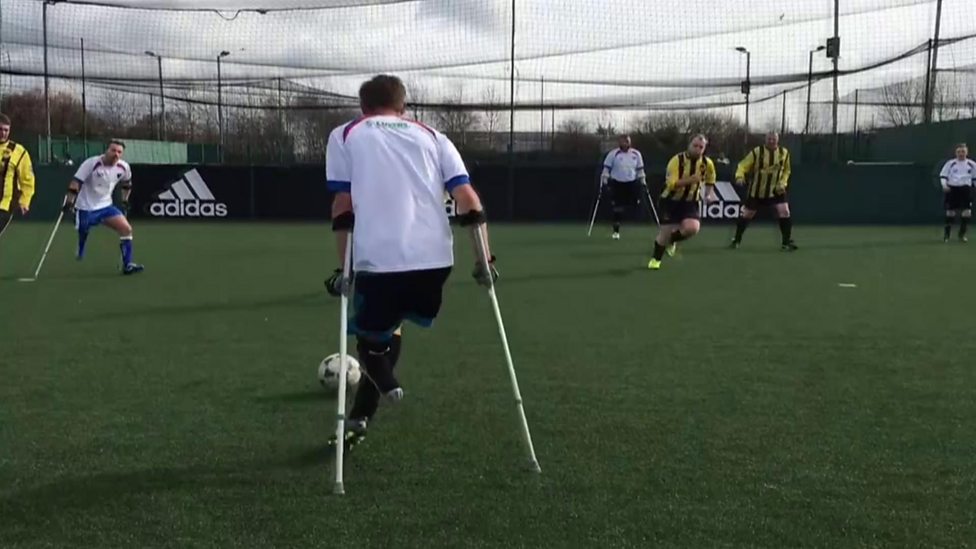