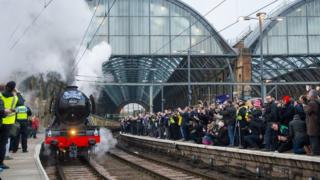 The Flying Scotsman returns to the rails

Famous steam train The Flying Scotsman has made it's first journey after being restored.

The train pulled out of London's King's Cross station while a crowd looked on.

It's taken ten years and four million pounds to restore the locomotive. Thousands of people are expected to watch the train as it travels along the route from London to York. 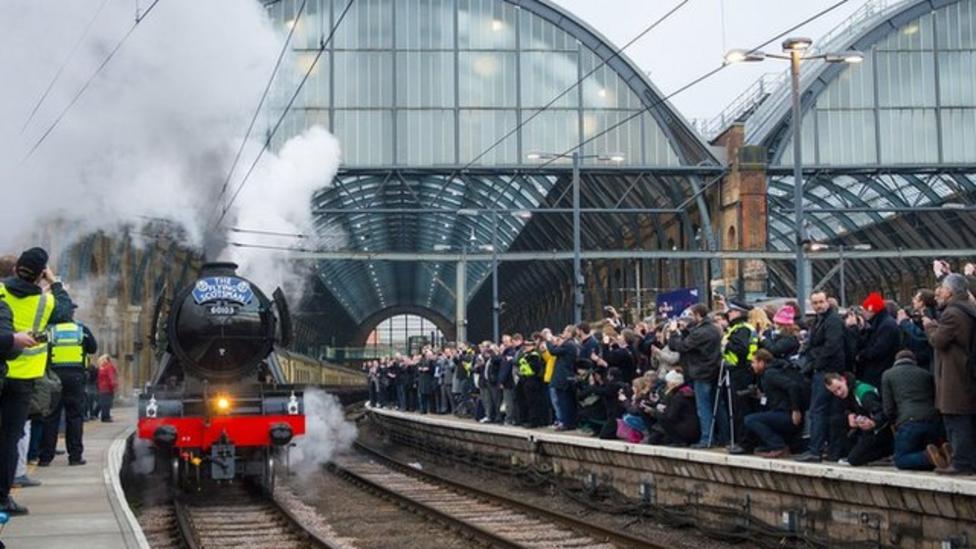 The Flying Scotsman returns to the rails