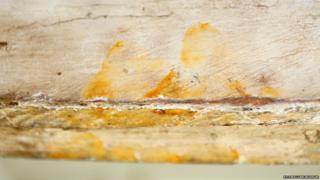 Three-thousand-year-old fingerprints have been found on the lid of an Egyptian coffin by researchers.

The prints are most likely to have belonged to craftsmen handling it before the varnish dried, according to the Fitzwilliam Museum in Cambridge, in England.

Julie Dawson, Head of Conservation at the Museum explained that wood was a very precious material in ancient Egypt.

Often the beautifully designed coffins were actually patched up from lots of different scraps of wood.

The detailed coffins show the time, care and attention ancient Egyptians spent on preparing their dead for the afterlife.