Half-term helping in a refugee camp

This 10-year-old gave up her half-term holidays to help refugees.

Layla travelled from her home in Cheshire to the Greek island of Samos with her Mum to work in a camp set up specially to help refugees.

Lots of the people Layla met had been travelling long distances, trying to escape from war and other hard conditions in their home countries.

Layla's mum Zubia had already travelled to Greece twice before to help the refugees.

When her Mum went for a third time Layla was desperate to join her.

Here are some of the pictures from Layla's special trip. 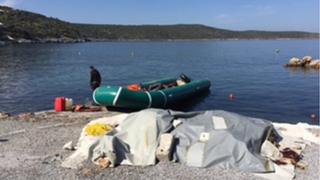 Zubia Hawcroft
Layla helped 60 refugees from Syria who arrived on this dinghy. Layla handed them food and water and played with the children before helping them all on to a coach which took them to the refugee camp. 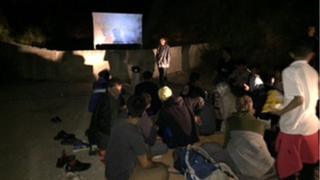 Zubia Hawcroft
Layla loves watching movies so she set up a cinema outdoors to give other kids the chance to watch some films. 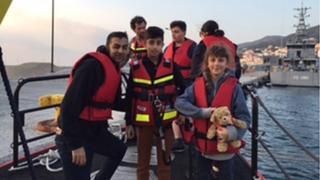 Zubia Hawcroft
Layla was allowed on a boat trip with the Swedish Sea rescue society. They even gave her a teddy in a life jacket as a memento.