Olly Murs and Caroline Flack have announced that they won't be returning as presenters on The X Factor.

Olly has decided to spend more time on his music. He told a newspaper: "This was an incredibly hard decision to make and one I didn't take lightly as I've really enjoyed co-hosting The X Factor. 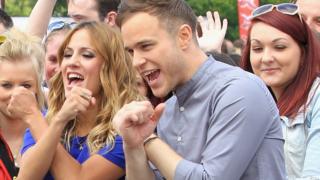 Caroline, who quit shortly after Olly Murs announced his departure, said: "I have had a brilliant time working on The X Factor over the last few years, and hosting the main show was just fantastic."

"I'm looking forward to carrying on working with the team over at ITV."

Radio One presenter Nick Grimshaw has also said that he won't be coming back as a judge on this year's show.