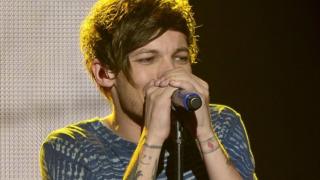 Nick Grimshaw will not return as a judge on The X Factor this year. He confirmed the news on his Radio 1 Breakfast show, saying he quit the show and wasn't fired.

He said: "I did love it and it's not a diss to the show. It's a great show and I loved it. But it's definitely a once in a lifetime style thing."

One Direction star Louis Tomlinson and former judge Louis Walsh are some of those rumoured to replace Nick this year.

But who do YOU think should take the job and why?

I think that Ellie Goulding would be a brilliant judge because she is a great singer and she knows about how to make it in the music industry.

I think Lionel Ritchie should be replacing Nick Grimshaw as he has excellent feedback and a huge singing career. Also to top it off he has great singing experience.

I think Harry Styles because he is a good singer.

I think Justin Bieber, because he is very talented and will know the right people to choose.

I think Ellie Goulding should be a great X Factor judge because she has a great voice.

I think Brad Simpson or any of the Vamps should replace Nick Grimshaw.

I think Ariana Grande because she is an amazing singer, and knows a good singer.

I think either Justin Bieber or any of the JLS singers as they are both my favourites.

I think Jess Glynne because lots of people like her

I think Rebel Wilson because she can sing really well and is the funniest person alive.

Ed Sheeran because he would fit in and I think he is an amazing singer.

I think Louis from One Direction should because it will be good for him to do something other than singing. Also, he knows what it feels like to be on stage with thousands of people watching.

I think that Ariana Grande should be the new judge, because she is a lively singer and I love her!

I think Louis should take his place because he is a really good singer and will give good tips.

Ed Sheeran should be the new judge I absolutely love him!

Louis Tomlinson because he was on the show, so he would have a lot of experience, and he would know what the contestants are feeling.