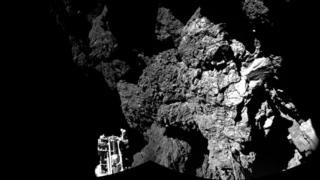 Scientists have decided to give up trying to contact the comet lander Philae after lots of attempts without success.

Scientists tried to land the robot several times but there were problems landing.

When it finally settled, its exact location wasn't clear but images and data suggested it was sitting at an awkward angle, in the shade. 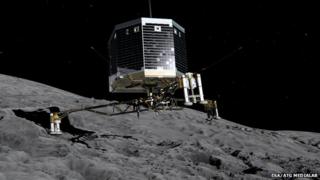 ESA/ATG medialab
An artists' impression of Rosetta's lander Philae landing on Comet 67P but the landing was not that successful.

This meant that the robot, which is powered by solar energy, was unable to charge properly.

The lander did send back some information but the last contact was in July 2015.

The comet is now travelling into a much colder part of space, with temperatures below -180C.

Philae was never designed to operate at these temperatures so the chances of getting any more data are slim.

Scientists are now focussing on landing the Rosetta space craft on Comet 67P in September.

Rosetta comet probe: How Philae vehicle will land on comet

A 'film' of the famous Philae probe landing has been released