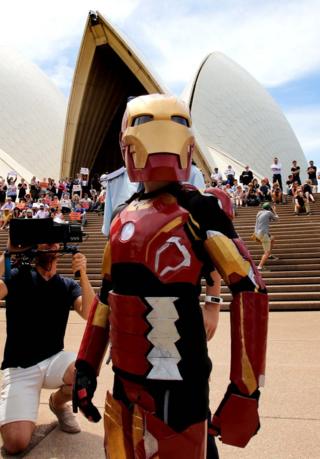 A young Australian boy with cystic fibrosis has been given the chance to save Sydney from a super villain.

The Make-A-Wish Foundation transformed nine-year-old Domenic Pace into Iron Boy for the day on Thursday.

Iron Boy defeated his arch-nemesis Ultron on the steps of the Sydney Opera House as hundreds of bystanders cheered him on. 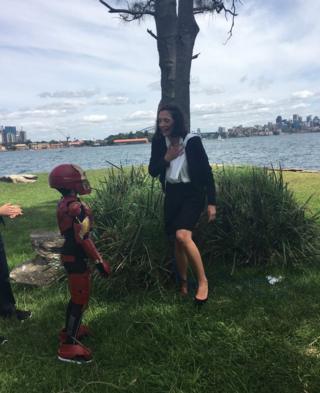 Domenic travelled by helicopter to police headquarters and later rode a police speedboat to Clark Island to rescue Ms Joy.

He posted a video saying "I hear you've had quite the day. It's hard work saving the world, isn't it," he said. "Iron Man loves you."

Josh, 7, gets 150 postcards a day from all over the world