Chinese New Year: Celebrations for the Year of the Monkey 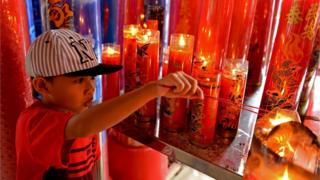 Millions of people all around the world have been celebrating Chinese New Year.

The special event is also known as the Lunar New Year which begins on the second new moon at the start of the year and ends on a full moon fifteen days later. 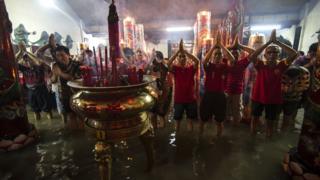 Getty Images
Indonesian Chinese stand in flood waters to pray at a temple to mark the first day of the Lunar New Year in Sidoarjo.

The event is marked all over the world in lots of different ways.

People visit their families and friends, have special meals and a lot of fireworks go off because it's thought that the noise and lights will ward off evil spirits for the year ahead.

The new year is always named after one of twelve animals and 2016 is the year of the monkey. 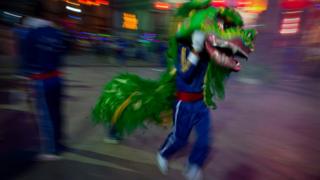 AFP/Getty
A man performs a dragon dance in Myanmar in Burma to celebrate the new year. 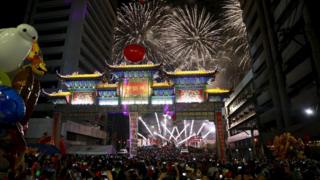 Reuters
In the Philippines, people watch as fireworks light up the sky. 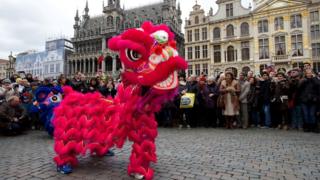 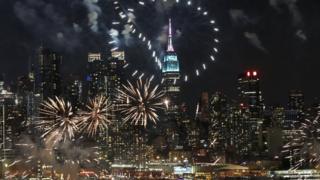