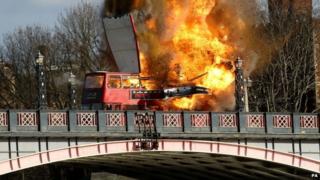 A double-decker bus has been blown up on a central London bridge as part of a stunt for an upcoming movie.

Footage of the bus crossing Lambeth Bridge was captured by London Fire Brigade who were on standby in case anything went wrong with the explosion.

The bridge was closed to all traffic for the filming, which is believed to have been for the forthcoming Jackie Chan movie, The Foreigner. 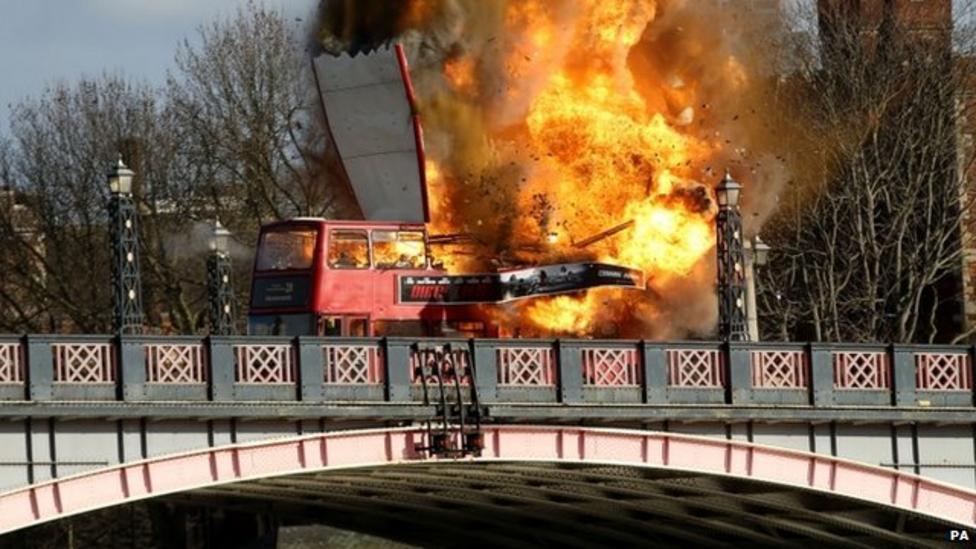