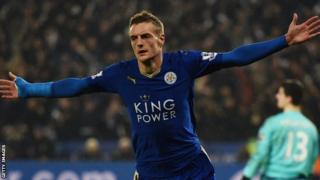 The England striker joined Leicester from Fleetwood for £1 million in 2012, and his goals have helped Claudio Ranieri's side reach the top of the Premier League table this season.

"I'm absolutely delighted to be fighting to achieve something special with this club. I've never known a spirit like it," he said. 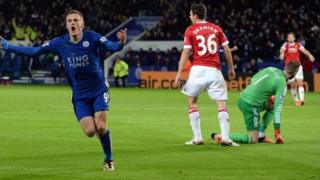 He added: "Leicester have shown nothing but total faith in me since the day I arrived and it's impossible to measure how much that belief has helped me to improve."

In November, Vardy became the first player to score in 11 Premier League matches in a row.

He broke the record, previously held by Ruud van Nistelrooy, when he put Leicester ahead in their 1-1 draw with Van Nistelrooy's former club Manchester United.

After Saturday's 3-1 win at Manchester City, Claudio Ranieri's side are five points clear at the top of the Premier League table.