The Flying Scotsman train has been brought back to life 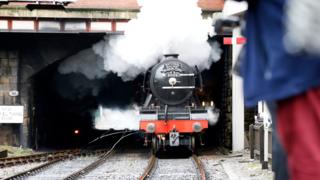 One of the world's most famous trains - the Flying Scotsman - is returning to the railway after having been out of service for 40 years.

The famous train will be taking a test run from Manchester to Carlisle this weekend.

The train broke records when it was first built and it has been restored by York's National Railway Museum.

Thousands of people are expected to turn out to watch the Flying Scotsman officially return to work later this month.

Six facts about The Flying Scotsman 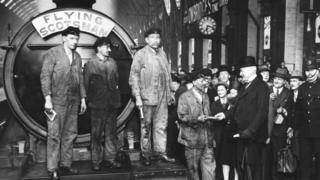 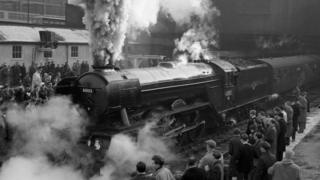 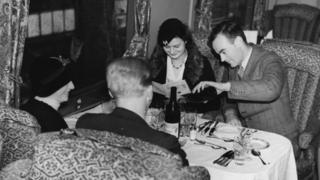 Getty Images
3. It was an age of high-class rail travel, and the Flying Scotsman was known for being luxurious onboard - it even had a hairdressing salon. 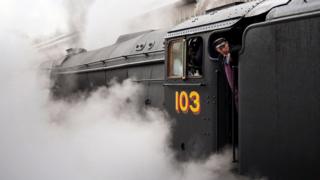 Getty Images
4. In 1934 it won a place in the record books as the first steam locomotive ever to reach 100 miles per hour. 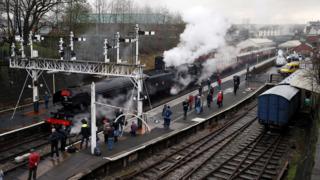 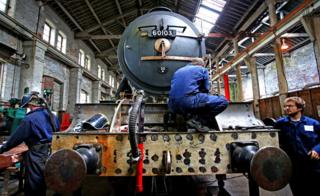 PA
6. The team of engineers have been restoring the Flying Scotsman in Bury, Greater Manchester, to get it ready to get back on the tracks.

The Flying Scotsman is about to get a massive makeover

Fastest train in the world just got faster