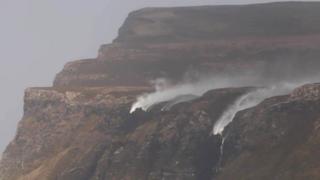 The waterfalls that flowed upside down

Islanders on the Isle of Mull in Scotland were surprised when gale force winds caused two of the island's waterfalls to flow upside down.

The waterfalls usually tumble dramatically in to the sea off Ardmeanach, a stretch of land which sticks out into the sea on the south-west of the island.

The combination of gale force winds and heavy rain, caused by Storm Henry, forced the waterfalls back up into the air.

The strange event, which happened on Monday, was filmed by a local who put the video on online. 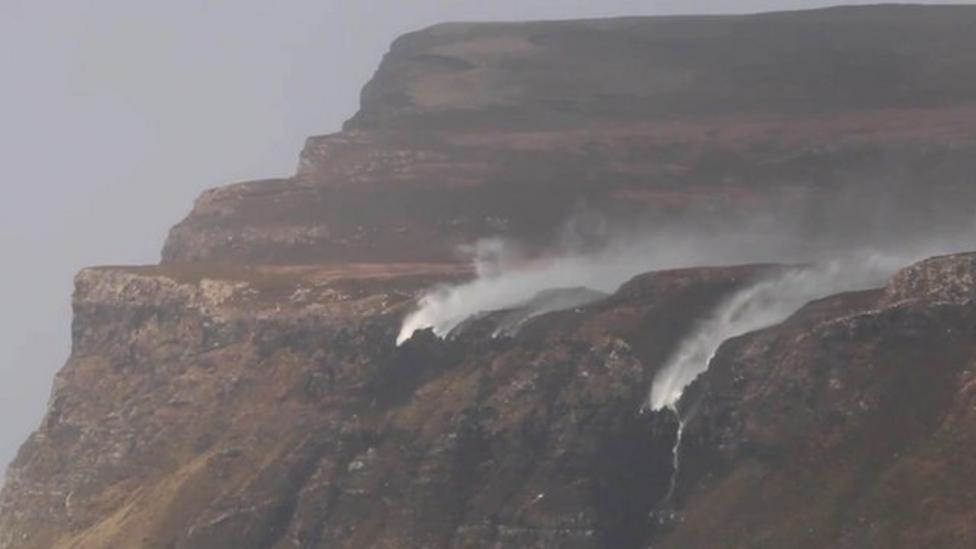 The waterfalls that flowed upside down