Tim Peake shares a spectacular space snap of the UK 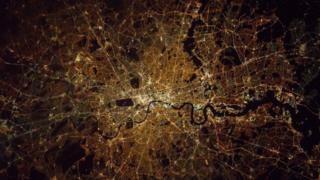 Astronaut Tim Peake enjoyed a spectacular view of the UK as the International Space Station orbited overhead on Saturday night.

Passing over London, Tim photographed the bright lights of the capital and said: "I'd rather be up here... but only just!" 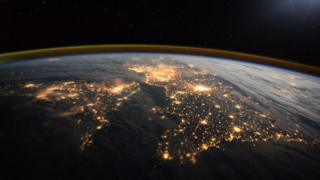 Tim Peake
What a view - Tim captures parts of the UK, France and Belgium

One of his images shows the channel between France and England, as well as the capital cities of the UK, France and Belgium all sparkling brightly in the dark.

When Tim saw the south of England, he tweeted to say: "Hey, I recognise that place!".

ISS Tim Peake: How do you make breakfast in space?

Tim Peake takes a drink of water in space