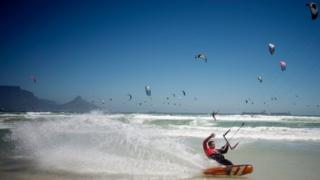 Hundreds of kitesurfers hit the waves

Hundreds of people have gathered in South Africa to try to break the Guinness World record for the 'largest parade of kitesurfers'.

More than 400 people took park in the beach spectacular in Cape Town.

The current record of 352 was set at a similar event in Spain.

According to the event organisers, the record was broken with a total of 415 super surfers riding the waves. 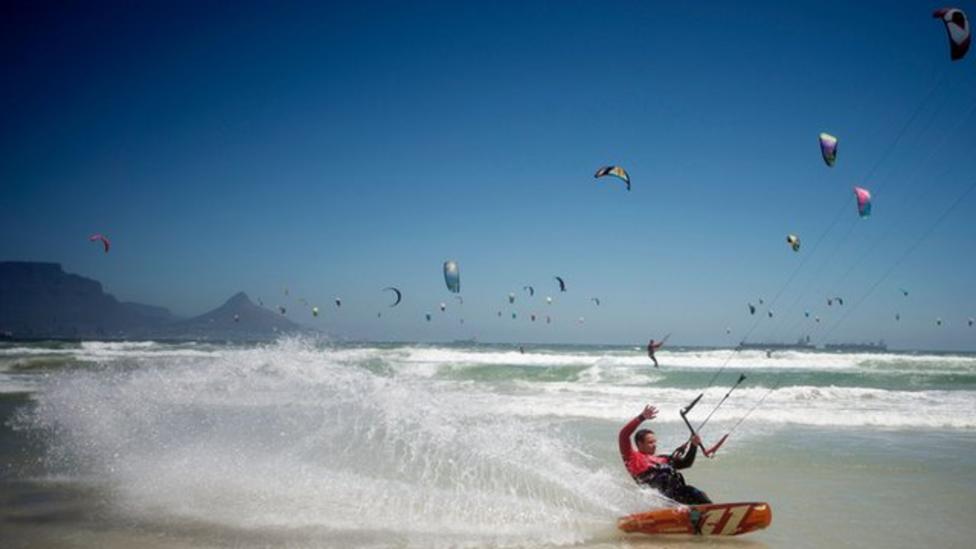 Hundreds of kitesurfers hit the waves