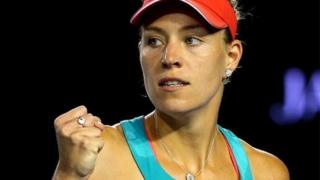 The 28-year-old is the first German to win a major singles title since Steffi Graf at the 1999 French Open.

Williams, 34, was beaten for just the fifth time in 26 Grand Slam finals, and missed out on the chance to tie Graf's open-era record of 22 titles.