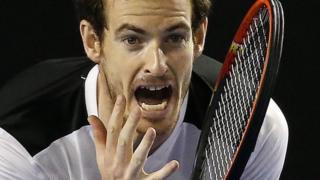 It will be the ninth Grand Slam final for Murray, who is ranked number two in the world.

He will now face the reigning champion, Novak Djokovic, in the final on Sunday.

He has faced Djokovic 31 times before, and has been defeated by him 21 times, including three previous Australian Open finals.

Along with his older brother Jamie, the Murrays have also made history as the first brothers in the Open era to both reach the finals at a Grand Slam, after Jamie got through in the men's doubles.