Traveller surprised by private flight: 'I felt like David Beckham' 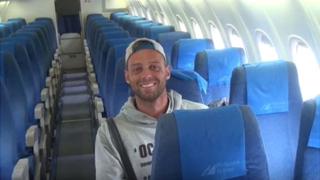 Alex Simon was amazed when he turned up for his flight to a 'paradise' island in the Philippines and found that he would be the only passenger onboard.

The lucky Austrian traveller enjoyed having the whole airplane to himself, and was looked after by the two pilots and members of the cabin crew.

He was allowed to sit anywhere he wanted, so chose a place at the front where he chatted to the staff. 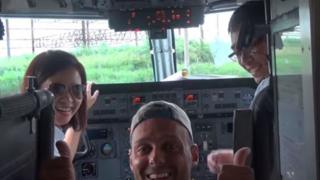 Air India flight turns back after rat spotted on board

Men with jetpacks race with an airplane over Dubai