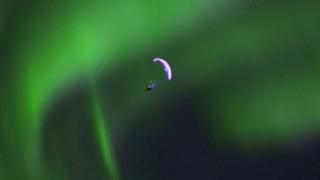 One of the world's top paragliders has braved freezing temperatures to fly under the incredible natural light display.

The Aurora Borealis (known as the Northern Lights) are spectacular splashes of coloured lights in the sky that look like special effects, but are caused naturally by particles from the sun hitting the Earth's atmosphere

Horacio Llorens wore a wetsuit and battery-heated gloves to protect him from the cold, but he still had to overcome snow storms, low visibility, and even the wires on the glider freezing. 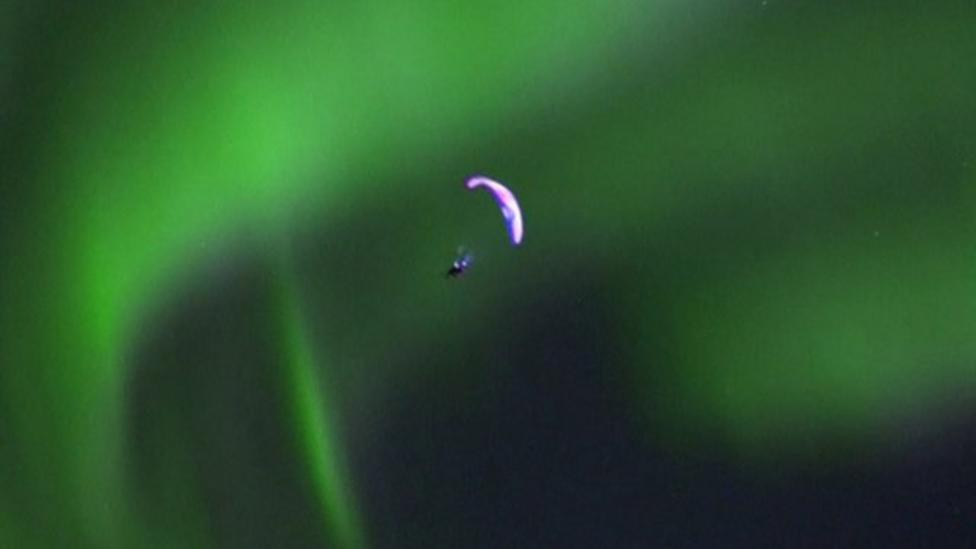