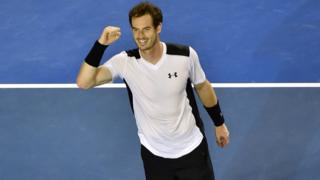 Britain's Johanna Konta and Andy Murray are through to the semi-finals of the Australian open.

It's the first time Britain have two Grand Slam singles semi-finalists since 1977.

Konta played well in a 6-4 6-1 win over China's Zhang Shuai in the quarter-finals. She will face German seventh seed Angelique Kerber next.

It was tough match for Andy that lasted three hours and 49 minutes.

The Scot, seeded second, will play Gael Monfils or Milos Raonic on Friday. 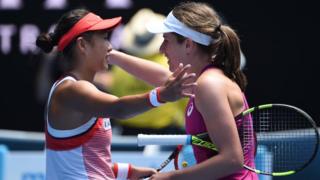 "I'm just so happy that I'm enjoying what I'm doing," said Konta after her straight-set win over Zhang. "That is me living my dream."

"When I was a little girl, I dreamt of winning grand slams and being number one in the world," she added. "That dream stays the same, I think, as long as you're doing the career that you're on."