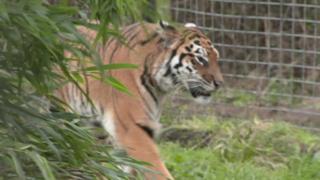 Simi the tiger gets new home in UK

A former circus tiger has finally completed her journey to a brand new home on the Isle of Wight.

Simi has been waiting for two years to be allowed into the country after she was rescued from a travelling circus in Germany.

It was a 360 mile journey from Belgium, where Simi was temporarily living, to the Isle of Wight Zoo, which homes big cats and tigers.

Staff there say Simi is settling into her new surroundings and is already on show to the public. 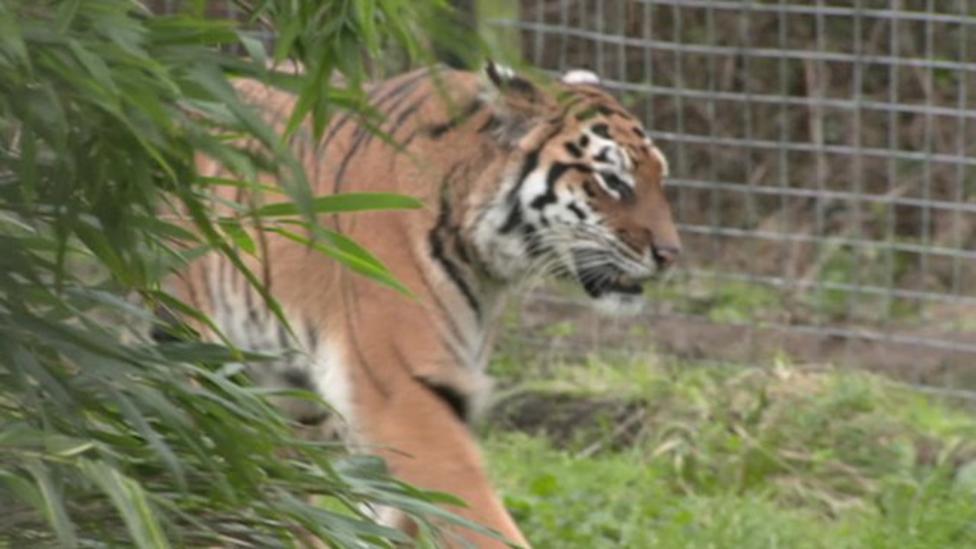 Simi the tiger gets new home in UK